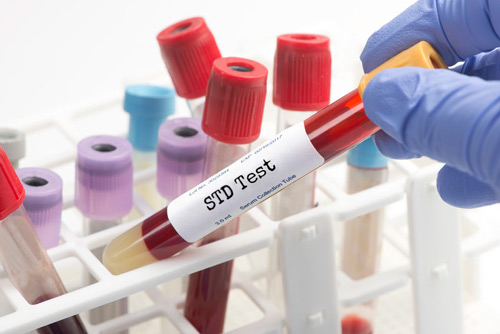 When it comes to your sexual health, it is important to choose a doctor who is experienced in not only diagnosing but also treating some of the most complex STDs including those that require surgical treatment like warts removal.

Midtown Primary Care Doctors practices evidence based medicine. All care provided is consistent with the national guidelines published by the Centers for Disease Control (CDC). We treat everyone with the same respectful and confidential approach. We are sensitive to the various and diverse needs of our patients.

Most STDS clinics are not staffed by physicians and even fewer have physicians who specialize in treating patients with STDs. As a result, walk-in STDs clinics and testing centers miss up to 35 percent of all STDs. Many patients who see us for a second opinion have not received the appropriate treatment as recommended by the most recent CDC guidelines. If you have any questions, or need a second opinion, please contact us.

We routinely test for the following sexually transmitted diseases:

What do you offer that is not offered elsewhere?

In addition to the most comprehensive STD testing, we offer preventive options such as HPV (Gardasil-9) vaccination. We use Gardasil-9 which is the most potent vaccine in preventing HPV. The vaccination is a good choice for every man and woman who are at higher risk for acquiring HPV even after the age of 26.

Our treatment is based on the most recent CDC (Centers for Disease Control) recommendations. We offer Truvada as prep to prevent HIV for gay men or partners with HIV positive patients.

Who Gets Sexually Transmitted Diseases?

Anyone who is sexually active is at risk of getting a STD even if they are just with one partner. There are many misconceptions about who can get sexually transmitted disease and how they are transmitted. You may think a person with many sexual partners is more likely to get a STD, but it is not true. You may get a STD in a monogamous relationship if your partner has an old infection. Also while it may be obvious that vaginal, oral and/or anal sex can lead to higher transmission of sexually transmitted diseases, some STDS such as herpes or syphilis can happen by just simple skin contact. Your actual risk varies and depends on your sexual practices. In general all men in New York City are at higher risk for STDs than elsewhere in the country.

New York City has one of the highest rates in the country for sexually transmitted diseases. For example, the risk of HIV in New York City is almost twice the national average and especially high for men over age 30, with risk being persistently high for men over age 60. Gay men are especially at risk, with rates up to 10 times higher than for the rest of population. We also offer comprehensive HIV treatment based on latest research and guidelines.

How Are STDs Transmitted?

Some sexually transmitted diseases such as HIV and Hepatitis B are transmitted mostly through fluid. Some are sexually transitted by skin contact like syphilis, herpes, and HPV. Wearing a condom may decrease the risk of transmission but does not eliminate it.

What are the symptoms of Sexually Transmitted Diseases?

Who Should Get Tested for STDs?

All sexually active adults are advised to be tested for STDs by the Centers for Disease Control (CDC). If your partner has tested positive for sexually transmitted disease, you should be tested as well. At our office, we offer treatment of all STDs, vaginitis, UTI, prostatitis as well as the vaccination for HPV (Human Papilloma Virus)

I’ve been going to Midtown Primary Care Doctors for many years now. In addition to their obvious medical skills, they are kind and caring. It takes me awhile to get there from NJ, but the peace of mind from their thoroughness is well worth the trip!!

Love these doctors. Found them from the Internet and now I’m recommending to everyone.